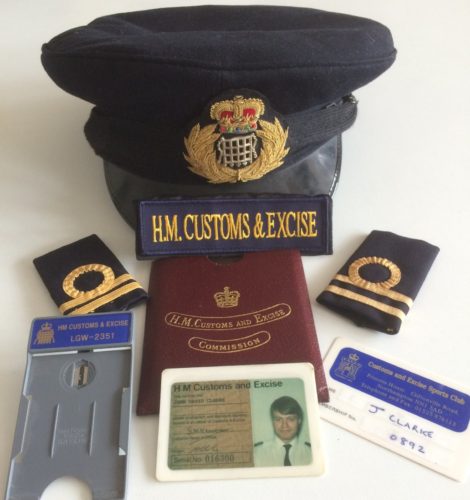 The popularity of television programmes like ‘Nothing to Declare’ are evidence of people’s fascination with the work of Customs Officers. Time to Declare is the autobiography of John Clarke who worked as a detection officer at Gatwick Airport for over 30 years. He tells you of many of the smugglers he caught and gives an insight into why Customs stop the people they do. He interweaves the tales of his airport work with stories from his personal life where although he’s experienced personal tragedy his sense of humour shines through. 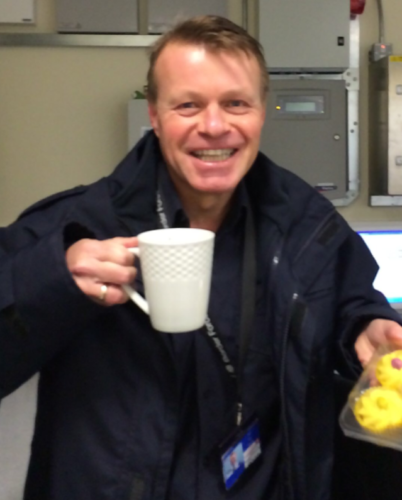 John Clarke joined H.M. Customs and Excise from school in 1978. After working in London and Croydon he transferred to Gatwick Airport in 1985 and worked there as a detection officer until leaving for another Public Service job closer to his West Sussex home in 2016. John has been a Fulham supporter since childhood and writes regularly for the fanzine There’s only one F in Fulham and the supporters website Fulham Focus.

It was a Friday night in 1987 and a young Nigerian man was in a hotel near the airport in Lagos. He'd been told he'd be paid &pound500 if he'd take some packages of drugs to London, an absolute fortune to him but a fraction of their worth to the traffickers once sold on the streets in the UK. He was told that if he hid the packages inside his body it would be impossible for customs officers to find them, so there was no risk of him being caught.

At the time he was in the hotel secreting the packages he'd been given, a young customs officer in London was looking forward to an early shift the next day when he would have the chance to test his newly-acquired skills on a number of interesting and high-risk flights.

With a following wind the Nigerian would have sailed through the border controls on his arrival in London the next morning. However, when he was called forward to present his passport it was his misfortune that the young customs officer, who had just come on duty, had decided from seeing his nervous demeanour in the queue that his might be a story worth listening to. It was a decision that proved to be right as a very short while later the Nigerian was being arrested on suspicion of importing a controlled drug. The meeting of the young Nigerian and the young Londoner had been something of a fateful coincidence, albeit a happy one for the latter. It was one of many for that customs officer who just so happens to be me. I hope you'll enjoy some of the other stories I have to tell.

A suspect swallower is body scanned. His packages are visible in the first two images with the end product on the display in the third.

Place an order below

Feedback from the readers!

Great book, couldn't put it down!

John has a fabulous sense of humour and it's a fantastic insight into the work customs do at the airport.

Found it really interesting and amusing.

Very enjoyable and easy to read.

Email jc52ffc@gmail.com or find me on the social media links below!